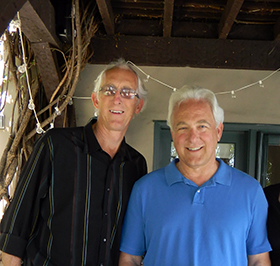 It was 1921 — the beginning of the Roaring ’20’s — flapper girls, World War I had ended, and prosperity was on the upswing. Airmail service began between New York City and San Francisco. The World Series of baseball was broadcast on the radio for the first time. More people were buying cars but there were still lots of horses on the rough roads. Coal was used to heat most homes.

George L. Throop Sr. started the George L. Throop Company in 1921. He had been working with a partner in North Hollywood, California, and decided to try to make it on his own in the city of Pasadena, California, with a coal and feed company. As homeowners, cities, and companies were building more in southern California, the George L. Throop Company started to carry more building materials. They sold cement, plaster, rock, sand, etc. — all of the materials a building materials company would carry. He was doing well and prospering. When the depression hit in the 30’s, George Throop, Sr., was able to stay in business by letting go of most of his employees keeping only a skeleton crew on the payroll. In addition he stocked only the bare necessities that were selling – coal being the main product because heating houses with gas didn’t begin until the early 1940’s. 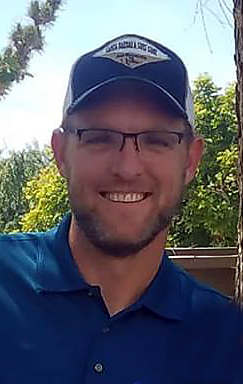 In 1923, George and Hilda Throop had a son and named him George L. Throop Jr. He grew up working in the family business doing small jobs when young and more responsible jobs as he got older. Father and son (and one partner in the beginning whom George Sr. eventually bought out) worked together through the years.

When World War II started, everything changed — again. The men were gone and building stopped. George Jr., while at USC, left school and went to fight in WWII and George Sr. had to try to keep the business alive — which was not easy since many products were being rationed for the war effort. Again, he had a skeleton crew and, luckily, he had just built a huge, long covered warehouse on his property that was located next to a railroad spur. During the war they needed to have food dehydrated for the troops and so George Sr., again, seeing an opportunity, rented his warehouse to the US Government to help with dehydrating food. It kept him in business during those war years.

After the war ended George Jr. returned to the George Throop Company full-time. Their product line changed to include Anti-Hydro waterproofing, concrete blocks and many other building material products. As customers would come in and ask for tools or products, they asked the employees to write down what was requested. That way they only brought in the products that they knew would sell.

Although the company has been in business for over 100 years enduring economic problems just like other businesses, it has not been smooth sailing for this family-owned business. In 1968 the business property they owned was condemned by the State of California because they needed to build a freeway on their land. After relocating and running the business at their new location for 5 more years, the George L. Throop Company was condemned once again only, this time, by the City of Pasadena Redevelopment agency. This time it was because one of the largest engineering companies in the US was going to build their headquarters on part of their land. Throop was lucky and was able to acquire a piece of property on a very busy, central street in Pasadena. Since moving to Fair Oaks Ave the company has grown beyond their expectations.

The key to the George L. Throop Company remaining in business through wars, depressions, inflation, recessions, etc. has been their ability and willingness to change with the times, be flexible and take advantage of opportunities when they arose. They have always stressed customer service and being fair in their business dealings. It has also helped that they have been located close to their customers.

The start of the real growth of the George L. Throop Company was when they branched into producing concrete in the early 1990’s. They purchased a new trailer-haul concrete batch plant that was installed on their property in 1979. Concrete batch plants are where sand, gravel, cement, water, and other materials are turned into concrete. This enables homeowners and contractors, cities, schools, etc., to place fresh concrete into a provided trailer, tow it to the job site and then use the wet concrete to easily build sidewalks, steps, footings, patios or slabs, etc. This innocent beginning of trying to give the homeowner or contractor better products blossomed in 1987 when they purchased their first volumetric mobile concrete mixer (mounted on a truck chassis). The volumetric mixer is different from a ready-mix truck (the big trucks that have a rotating drum mounted on them) because the batch plant is driven to the job site where the concrete is produced and laid into place. With all of the rock, sand, and cement brought to the site, the George L. Throop Company can produce as much concrete as there are materials to make it — unlimited throughput. This has been so successful that they currently have 15+ volumetric plants now, most of which have been customized to meet their high standards. Some are truck chaise-mounted and others are mounted on a 40′ trailers.